The emergence of the barber poles 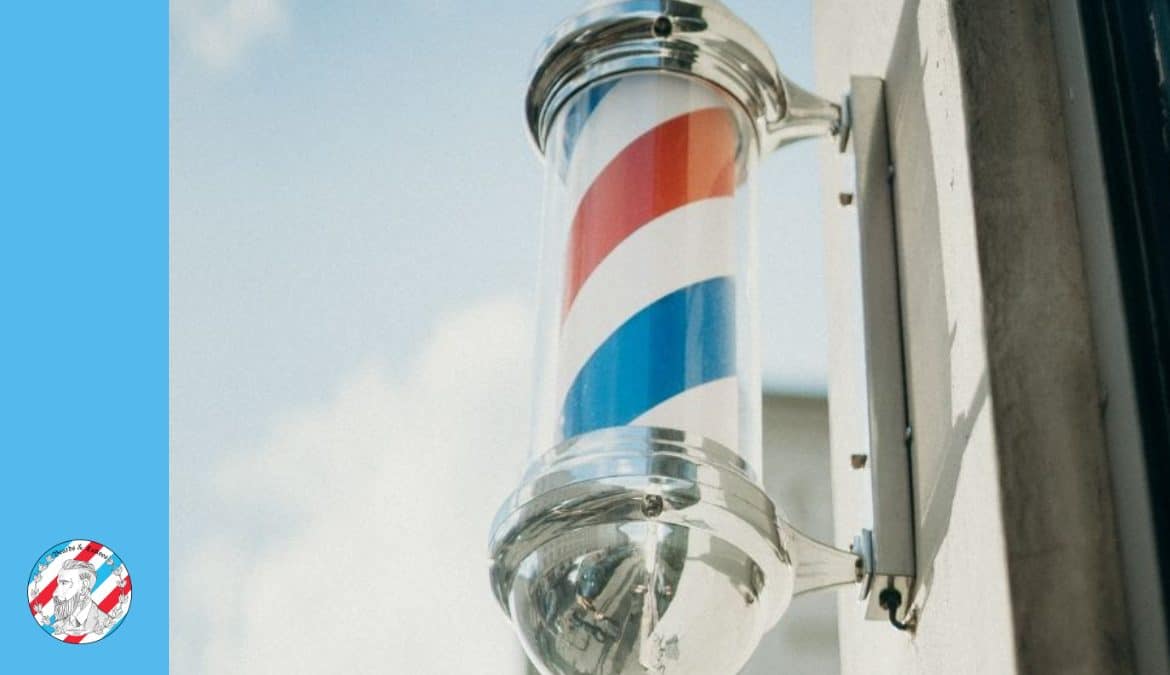 The emergence of the barber poles

The bloody past of the barber poles

What’s it all about the iconic symbol of the Barber Shops?

Everybody knows them, however, very few know exactly what lies behind this twirling cylinder.

The emergence of the barber poles goes back to the Middle Ages.

During this time, the barber didn’t just cut hair, but did also small surgical procedures.

How did it come so far?

Through increasing healing treatments, as well as medical progress, suitable professions were sought who could, among other things, carry out Aderlass treatments (old healing method).

Since the barber apparently managed to handle sharp tools, it wasn’t a though decision.

But why the color red, white and blue?

The patient had to grasp at a post (i.e. the pole) during vein treatment, so that the barber could recognize the veins.

After the bloody treatment, the gauze ties were wrapped on the poles to dry into the fresh air.

Through the wind, the ties were wrapped around the poles. That’s how the legendary streak-shaped pattern was created!

So the classic version consists only of the colors red and white!

Already in the Middle Ages, the barbeers drew attention to their surgical procedures with the poles.

The Barber Pole was born.

How and why did they added the color blue?

It is believed, that the Americans have taken over the blue stripe from their nation’s flag.

Others claim, that the color blue represents the venous, the color red the arterial blood and the white strip the clean gauze bandage.

However, in the mid-1500s, surgical treatments were over. The treatment method by the barbeers has been banned!

But the revolving Barberpole has remained with us to this day!